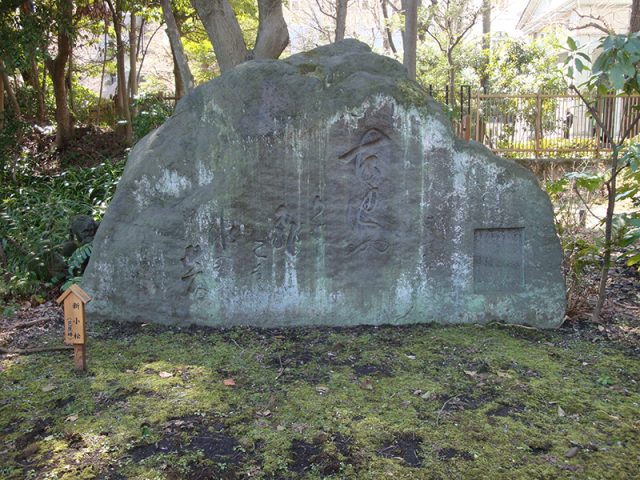 I have been thinking a lot about the relationship between rope and words, particularly in relation to the practice of tying.

I was struck by a memory of a trip to Tokyo in 2011, where I came across a small statue garden.  It was a tribute to Matsuo Bashō, the 17th century haiku master.  It was no more than a half a dozen small statues coupled with haiku.  It was inexplicably moving to just sit in this space and feel the weight of 400 years of history, meaning, and emotion surround me.  Since that encounter, I have been curious about that form of poetry.

We all learn about haiku at some point.  It is a form of poetry that follows a basic structure.  Three lines.  5 syllables, 7 syllables, 5 syllables.

For most people, our first encounter with haiku is a matter of fitting words into the pattern.  Making the haiku is the goal.  It becomes a fun kind of game to fit one’s thoughts into the pattern.  The constraints and rules become a structure that defines the activity.  Haiku is, in that sense, three lines, 5-7-5.

For most people fitting the words to the pattern is all haiku will ever be.  There is a lot one can do in that space.  Words are a near infinite resource and playing with them in the patterns of haiku can provide an endless supply of fun, experimentation, and opportunities for creativity.

Rope can be the same.  It where we all start, because it is the only place we can start.

This is the essence of form.

It doesn’t help answer the question that initially inspired me.  What makes the poetry of Bashō survive for 400 years?

So one starts to dig and ask the question, why?  Why that structure?  Why did he use those words?

A world starts to open up.  You begin to learn about kireji, the “cutting word,” that gives structure to the form and divides the haiku, creating a juxtaposition of two parts of the verse.  How the cutting creates emotion.

For example, a haiku writer may use や ya as a cutting word in the first line, dividing the haiku into two parts or 哉 kana at the end of the verse to express strong emotion and invite reflection.  These become the conceptual elements of haiku, where language becomes more poetry.  The use of kigo or seasonal words function as metaphors to evoke feelings of the seasons and nature, the traditional subject of haiku.

Rope can be the same.  As we delve deeper into the art of kinbaku, we understand the purpose of the patterns and the forms, and we begin to tie differently.  We are no longer simply obeying the form or pattern, we are now using it to create meaning.  We start to tie conceptually, rather than technically.  Timing, tension, touch, and breathing (and other things a well) become our kireji.  The create our emotion, they divide our ties, they communicate more than just rope or pattern.

What make both beautiful is their ability to touch our heart, our essence.  In Japanese, the word is kokoro.

The haiku of Bashō survives and is celebrated because it has the ability to touch each of us in a way that is unique to every individual, yet able to exist within the constraints of the form.  It is the ability to transcend the form by fully and completely embracing and embodying it that elevates his work to something more than just haiku.

In the case of Bashō, he was famous for taking traditional subjects of haiku and giving them a new inflection which would both embrace the old, while also creating something fresh and new.  The beauty and play of the haiku is the emergence of something playful resulting from the application of constraint to the imagination.  To evoke, for example, an image from a sound.

So too it is with our rope.  How do we evoke an emotion, a feeling, a connection, with something as physical as a length of rope?

Perhaps Bashō’s most famous haiku can say better in 17 syllables what I have tried to communicate so far:

an ancient pond / a frog jumps in / the splash of water