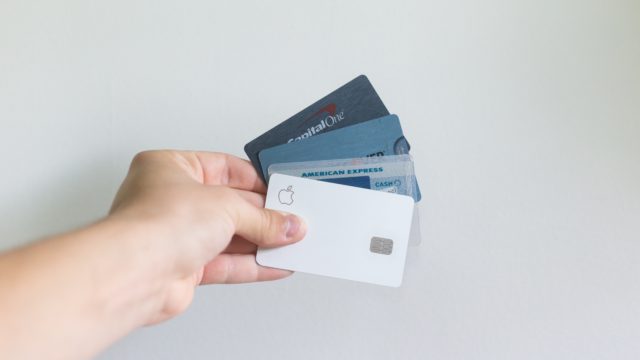 For the past five years, I have run websites that have provided Japanese rope bondage videos for streaming and for download.

This month, I am shutting both of them down for one simple reason.  Credit card companies have imposed restrictions of processing payments that are so extreme, it is no longer feasible to continue operating.

It is a battle that I have been fighting since 2016 when I first started my sites.

I have half a dozen well known adult processors refuse to process payment based on content (including CCBill).  And when I did find a payment processor, I discovered that MC and Visa charge an annual fee of $1000, simply because you sell adult content.  On top of that, the processing rates are more than double what they charge for non-adult content.

Over the past two years, there has been a dramatic increase in the regulations that banks and credit card processors are placing on adult sites.  The regulations are all being done in the name of ending sex trafficking and underage content.  They are creating a moral panic as a justification for implementing new rules which serve a deeper agenda.

I don’t know a single person who doesn’t support putting an end to sex trafficking or the sale or distribution of underage content.  There are laws against doing these things and those laws carry extremely harsh penalties and are regularly enforced, prosecuted, and have very high conviction rates.

I believe that everyone in the adult industry support those laws, the enforcement of them, and harsh sentences for those found guilty of violating them.

And therein lies the rub.

Our system of law enforcement and criminal justice operates on the principle of the rule of law.  Those laws can be debated, changed, and then tested in the courts.  They are also subjected to a basic litmus test: they must be constitutional in nature.

There is no shortage of censorship in the history of this country, especially around adult content, but for the most part, our courts have upheld fundamental first amendment protection for legal content.

Perhaps the most important element in this process is the idea of “prior restraint,” which says that the government may not censor or prohibit the sale of content (or any form of speech) before it happens.  The government may not create barriers to speech which forces anyone to prove it is not harmful, nor may they censor that speech because they believe it may be harmful.

Banks, however, have no limits on how they regulate content.

The problem is that two credit card companies, Visa and MasterCard, represent such a huge percentage of market share and have such extreme penalties for violations of their policies that they can dictate terms as they see fit.

And right now, they have decided that they will be the new sex police.

Unlike the government, there is no adjudication and there is no appeal.  If they decide you are in violation of their terms, they can cut you off, without notice and without warning.  One of the consequences of that can be that you will never be allowed to use their services again, regardless of your product or service at a later time.

If you run a business, you quickly discover there are no other alternatives.  They aren’t just the 800 pound gorilla, they are the whole zoo.

There are countless stories of adult performers having their bank accounts closed (and funds seized) without warning because of their chosen profession.  Legality or illegality makes no difference.

The largest clip site, Clips4Sale, recently updated its banned word list and removed 26 categories of videos as a result of direct threats from credit card companies.  Included in that list were the categories “Bondage Sex,” “Bound & Struggling,” and “Damsel in Distress.”  Anything with the word “forced” or “abuse” was also prohibited and neither of those words can be entered in clip descriptions (they are blocked by a filter if they are even typed).

Perhaps the most important point in all of this is that banks and credit card companies are not just policing activities, they are policing our fantasies.

They are not just controlling what may or may not be seen, they are attempting to control how we talk about sex and how we think about our desires and fantasies.

Banks and credit card companies are not elected.  Nor, as monopolies, are they subject to the demands of the marketplace.  Every effort to hold them to account through antitrust litigation has failed (even Wal-Mart couldn’t succeed in taking them on).

Banks and credit card companies are the new moral censors and, make no mistake, they are the new sex police.  Answerable to no one.  Able, and quite willing, to change their standards on a whim.

Perhaps in the future, cryptocurrency may provide a solution, but at present, it is not feasible or stable enough to use as a sole currency, especially for smaller producers.

So for now, we all remain at the mercy of the banks.  Make no mistake they have us.

There is a reason that in banking terms they call it compliance.  The word comes from Latin verb “complere” (having all parts or elements; lacking nothing), it means complete obedience to the will of another.

It should not be lost on any of us that the strategies of coercion, force, and nonconsent are both the justification for these financial institutions’ moral censorship as well as the tool they use to command our compliance.

In the end, there is no fight to be had, no battle to be won.  The only options are to comply or cease to exist.