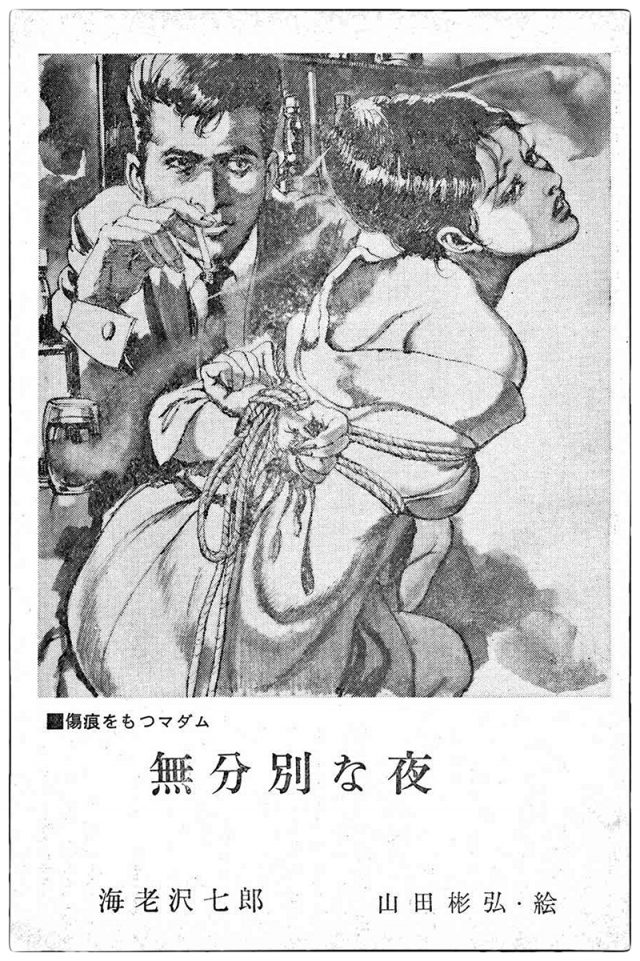 One of the mainstays of Japanese SM magazines in the 1960s and 1970s was fantasy fiction.  Because printing photos was expensive and required high quality paper, most of the stories that were written at the time were illustrated by talented artists who brought life to the words of the authors.

One very talented artist was Yamada Akihiro, who drew illustrations for numerous magazines, starting in the late 1950s.  These images are taken from the April issue.1963, of the magazine Uramado, edited by Nureki Chimuo at the time.

The story was titled “An Ill-Advised Night” (written by 海老沢七郎).