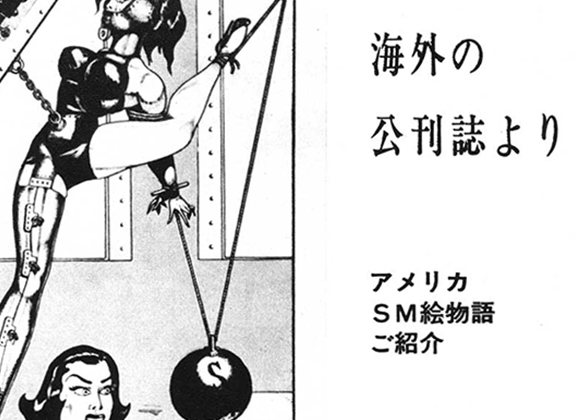 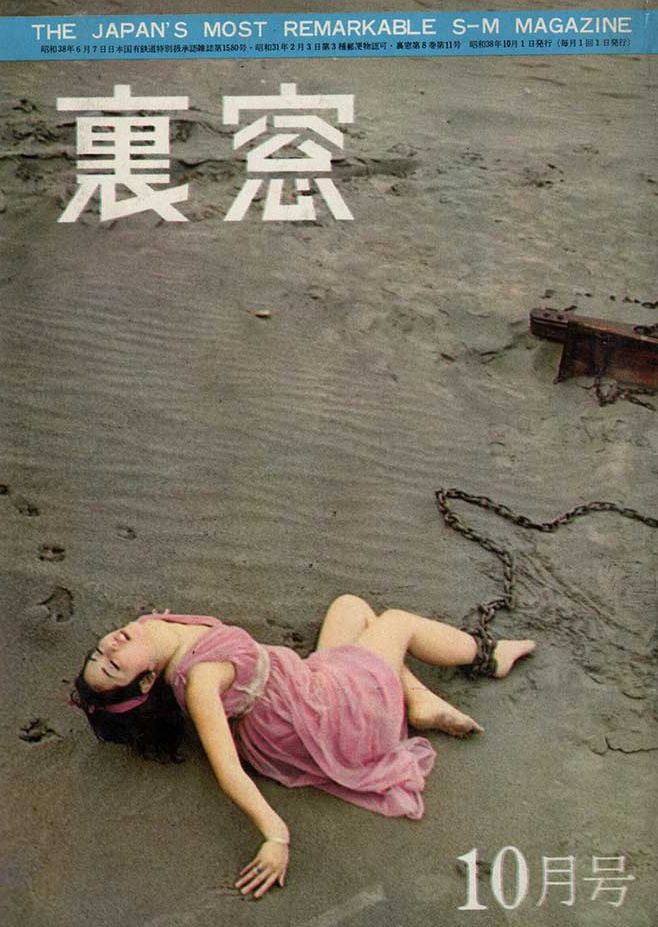 To those who study Japanese bondage, one of the most iconic and frequently mentioned magazines of the era is Kitan Club. As the earliest and most well known of the SM magazines it is regarded as one of the foundations of modern kinbaku and SM publishing.

Shortly after the Kitan Club began publishing SM content, another magazine appeared, which proved to be equally significant in the formation of Japanese kinbaku culture. That magazine was Uramado (translation “Rear Window”), which ran from 1956 to 1965 and billed itself as “The Japan’s Most Remarkable S-M Magazine.”

Launched by legendary author, artist, bakushi and publisher Suma Toshiyuki (known more commonly as Minomura Kou or by his artist name Kita Reiko) and later, in 1961, edited by Nureki Chimuo, Uramado was one of legendary publications of the time.

Suma Toshiyuki has been one of the early authors to play a significant role in bringing Kitan Club to prominence, especially the artwork he created under the name Kita Reiko. Moving to Uramado in 1956 marked a major shift in the SM publishing world.

In 1961, Uramado created a section of the magazine title “海外の公刊誌より” (Published in Magazines Overseas) which featured art from a wide range of western artists.

In The Beauty of Kinbaku, Master K documents the influence that Japanese rope art had on western artists, in particular John Willie, documenting a marked shift in his style that coincided with Willie receiving copies of Japanese bondage magazines from a correspondent in Okinawa, leading to Willie coping “a few ideas for use in his own photographs.”

In the period from 1957-1961, Master K argues, Willie begins to “mimic classical kinbaku ties” and begins to incorporate classical Japanese elements such as bamboo poles and hashira, a classic element of Japanese architecture infrequently seen in the west.

While it is important to document the impact of Japanese rope on western tying practices, we must also understand that cross cultural communication flows in both directions. It is hard to imagine that images flowing into magazines as successful as Uramado and to a lesser degree Kitan Club didn’t shape and influence Japanese approaches to SM and bondage.

Later in 1963 and in to the last full year of publication, Uramado featured the work of Eric Stanton, John Willie, and Jim of Switzerland, all of whom were established artists working with Klaw and distributed through his mail order services.

By the end of 1964, Uramado had published a number of photo shoots as well and several full length serials, published in English showing many of the west’s finest fetish artists.