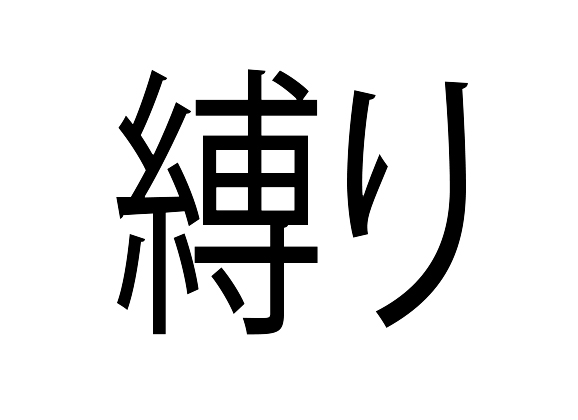 The difference between shibari and kinbaku can be examined and explained in many different ways, but one which I rarely see is etymology.

What people are usually quick to note is that the central kanji in both shibari and kinbaku is 縛. Like most kanji, 縛 has two different pronunciations. One is the On’yomi and one is the Kun’yomi (this is in part why kanji can be so confusing).

Both are derived from the Chinese Han character: 縛 which means “to tie or bind”

If you prepend 緊 (kin) to it, you follow the On’yomi pronunciation and say “Kin Baku” (because it is two kanji)

If you append hiragana to it, you end up with 縛り (shibari) and are using the Kun pronunciation (because it is one kanji and one hiragana).

Kinbaku and Shibari are two words with the same root and the same core kanji. Like all kanji, because they have more than one pronunciation, the words based on them can share many of the same meanings, ideas, and cultural conventions.