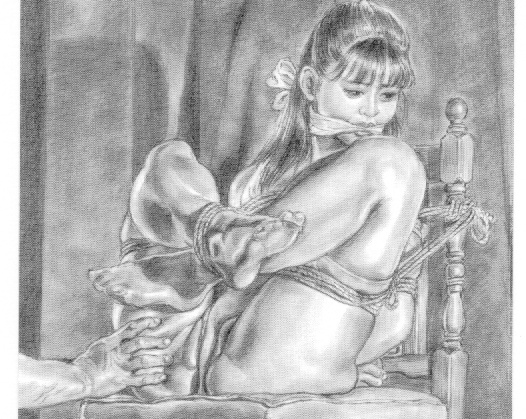 It is always an interesting question to figure out how artists work. For Muku, it is not difficult to trace his primary influence. Muku’s drawings are both inspired by and in some cases directly representative of the work of Nureki Chimuo and Sugiura Norio. Nureki and Sugiura had a very long and prolific period of collaboration and the combined work of the two became almost iconic.

In Nawapedia’s article on Muku, they cite Nureki’s own blog where he wrote: “I saw the bondage photographs for ninety percent of Yoji Muku’s kinbaku pictures, and the art looks just like the photos.” and “He didn’t approve of anyone’s tying but mine.”

Below are several samples illustrating the influence of Nureki’s ties and Sugiura’s photography on Muku’s art. 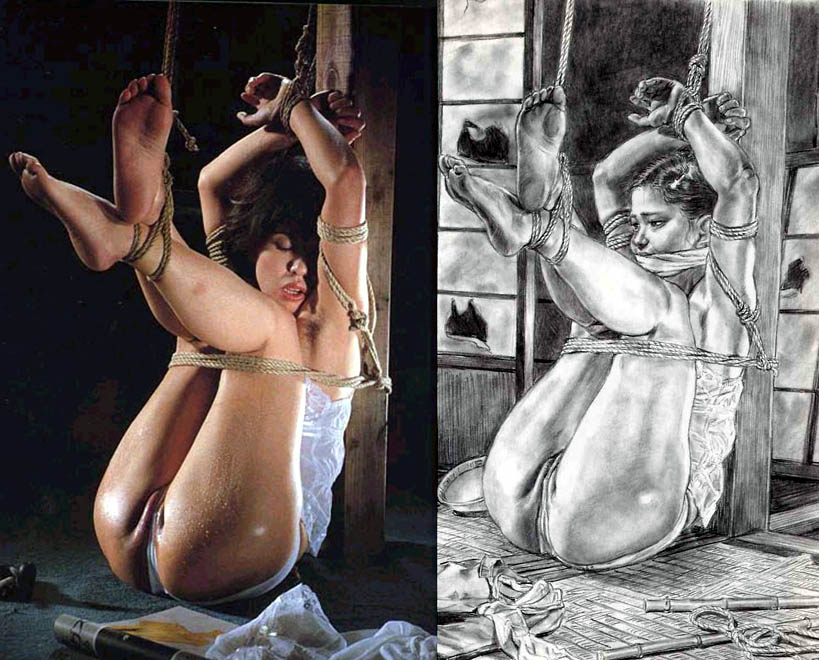 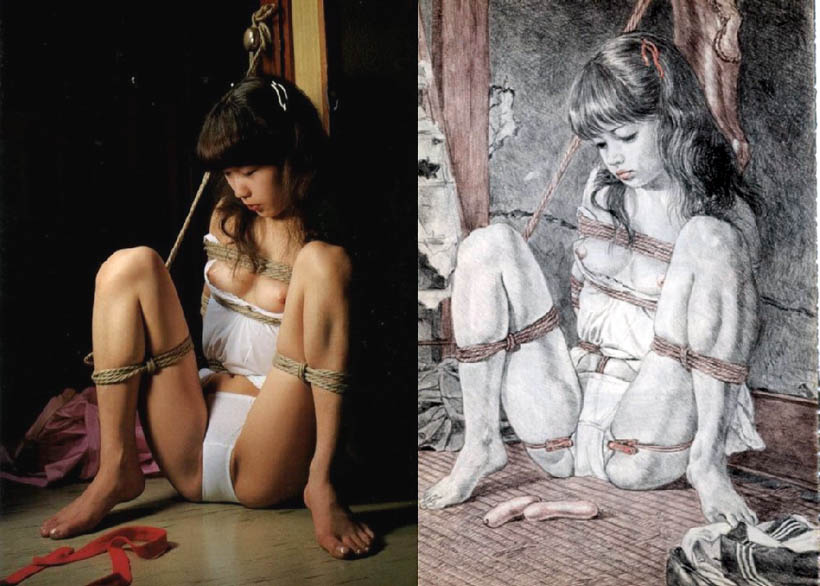 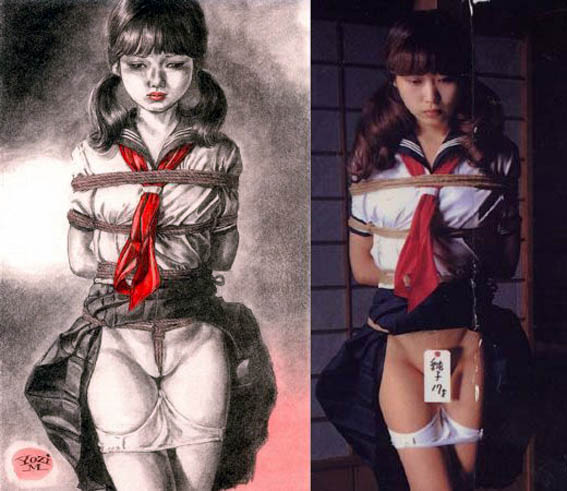 While it is easy to see the influence that Nurkei and Sugiura had on Muku, the influence in the other direction seems less obvious. According to Yukimura, it is likely that Muku probably witnessed very little actual kinbaku in practice and worked mainly from pictures. Having interviewed him for a film about Minomura Kou, Yukimura found him very quiet and thinks his art had very little influence on the generation of bakushi who were active during his most productive period (people such as Yukimura, Akechi Denki, Naka or Nureki).

There is some evidence that his art has affected a later generation as Yoi San, one of the owners of UBU and organizer of O Asobi Nawa, used Muku’s art as the basis for her most recent performance at O Asobi Nawa this year.