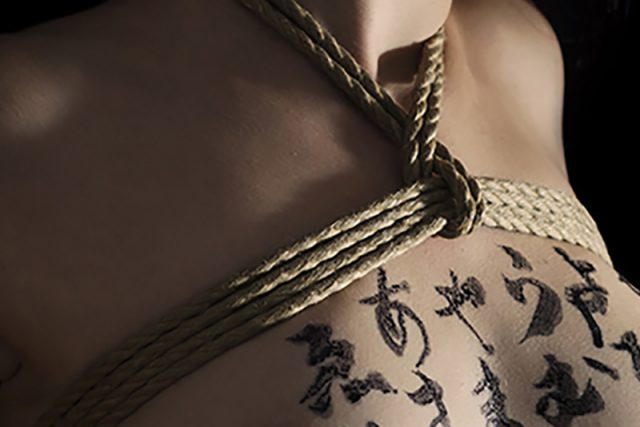 A beautiful fusion of two traditional Japanese arts.  The rope of Andrea from La Quarta Corda and the masterful calligraphy of 良友 combine to illustrate the story of Iroha.

We called this project “Iroha” taking this name form the title of the poem written on the body of the model.

Iroha is an ancient Japanese poem from Heian era about the idea of “mujo”, the impermanence of everything, a fundamental concept of Buddhism.